The year 2023 marks a huge milestone for the City of Parkland as our City celebrates its 60th Anniversary, and we want you to celebrate it with us.

The first known Parkland Day celebration occurred in 1967 when Mrs. Betty Bell, a local artist and two-term commissioner, held an event to show horses on her 2-1/2 acre property located on Trotters Lane near 87th Avenue. Two years later, the event would be held by Harold Bockhold on his 10 acre property in the Ranches.

The event grew, with the help of volunteer efforts, to include classic games such as barrel riding, apple bobbing, egg balance, cake or pie walks, and horse contests.

It wasn't until 1973, when Bockhold, the then mayor, acquired the land on the corner of 84th Avenue and Holmberg Road, establishing the first park for the City of Parkland which we now know as the Parkland Equestrian Center at Temple Park.

For years to come, Parkland Day grew, with the addition of stage performances, live music, food, and games. However, at the center of each of these events, was the continuation of Parkland's community efforts to keep our neighborly, hometown feel a central aspect of each Parkland Day.

We are excited to bring back this event as we celebrate our 60th Anniversary. Join us on March 11th, 2023 as we continue our hometown celebration. 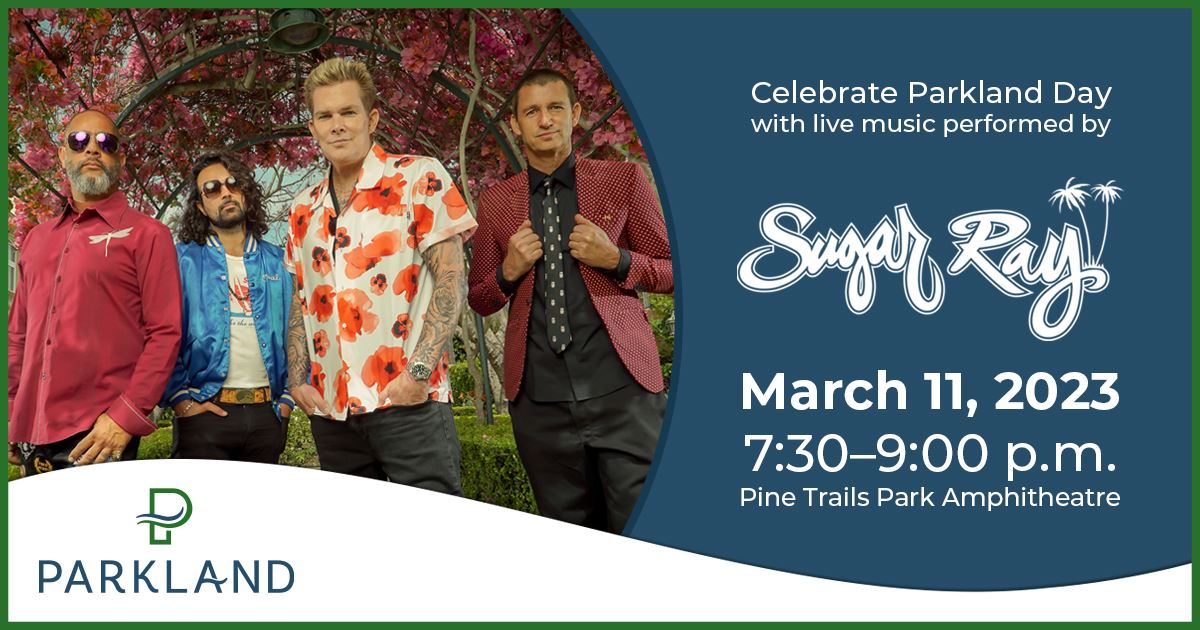 What: The Parkland Historical Society will be offering a glimpse of Parkland's past, with our walk-through presentation of Parkland's history. This walkthrough will offer artifacts and images as well as videos and documents for you to see and learn from about Parkland's past. Come experience the pre-history of Parkland with information on the Tequesta Indians that lived and traded here before anyone ever thought of a Parkland. Learn about who owned this land and how the City was founded. And while on the subject, do you know how the name of "Parkland" came into being? Who Holmberg Road was named for? Many other historical facts and questions will be answered. We will also have a Parkland Pioneers booth where you can come and listen to and or meet some of our earliest residents.

Want to showcase your organization, team, school, etc.? Well, join in the parade. To apply, please fill out the application here and send to ParklandEvents@cityofparkland.org.

Want to showcase your business? To apply, please fill out the application here and send to ParklandEvents@cityofparkland.org.

Want to showcase your foods, drinks, and desserts? To apply, please fill out the application here and send to ParklandEvents@cityofparkland.org.